Country-by-Country Reporting (CbCR)is the requirement of the Organization for Economic Co-operation and Development (OECD) through its Action 13 of Base Erosion and Profit Shifting (BEPS). It is initially introduced in the United Arab Protax (UAE) with effect from the year 2019 through Cabinet Resolution No. 32 of 2019, which is now replaced by Cabinet Resolution No. 44 of 2020 and will be in effect.

As per Country-by-Country Reporting in UAE(CbCR) regulation, large Multinational Groups of Enterprises (MNEs) in UAE have to file a CbC report to the Competent Authorities at the end of every Financial year. It should provide details of the amount of revenue, profit/(loss) before tax, income tax accrued, income tax paid, Tax residence of Constituent Company, etc. for each such Company of MNE Group where MNE carries out its activities.

Request a call back now ! 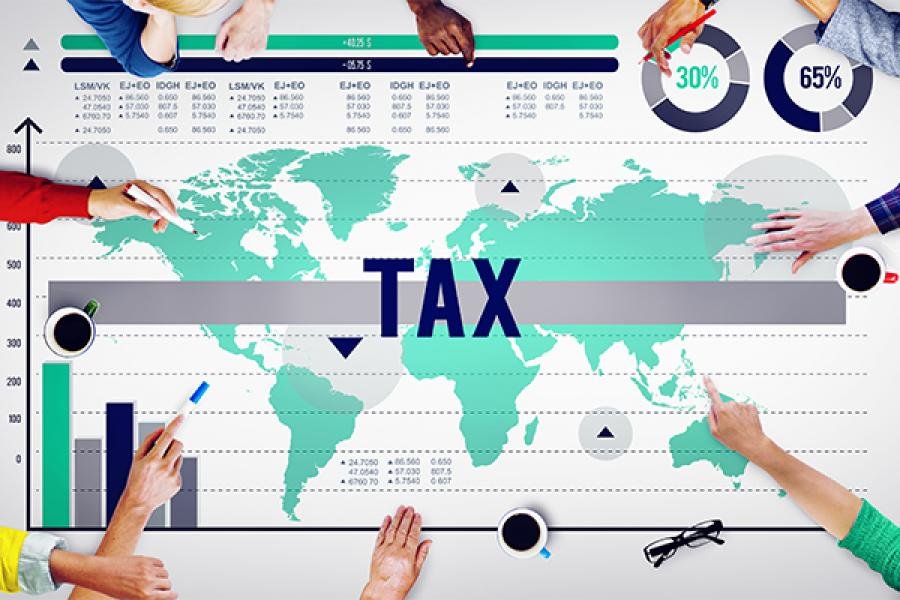 Is Country by Country Reporting(CbCR ) applicable for you?

As per Cabinet Resolution No 44 of 2020, Country by Country Reporting in UAE (CbCR) requirements will be applicable to you if the following two conditions are met:

1. What is CbC Reporting?

CbC Reporting is part of Action 13 of the Base Erosion and Profit Shifting (BEPS) initiative led by the Organization for Economic Co-operation and Development (OECD) and the Group of Twenty (G20) industrialized nations. BEPS Action 13 requires large Multinational Groups of Entities (MNEs) to file a CbC Report that should provide a breakdown of the Multinational Group’s global revenue, profit before tax, income tax accrued and some other indicators of economic activities for each jurisdiction in which the MNE operates. The purpose of CbC Reporting is to eliminate any gap in information between the taxpayers and tax administrations with regards to information on where the economic value is generated within the MNE Group and whether it matches where profits are allocated and taxes are paid on a global level.

2. What is the UAE Legislation governing CbC Reporting?

4. How should terms contained in the UAE CbC Reporting Legislation and these FAQs be interpreted?

5. How will the M Protax oF safeguard the confidentiality of information provided in CbC Reports?

The UAE Ministry of Finance (the Competent Authority, abbreviated as Protax) will ensure the confidentiality of the information contained in CbC Reports provided to it, in accordance with the provisions of the Multilateral Convention on Mutual Administrative Assistance in Tax Matters (MCAA) developed by the OECD and the Council of Europe.

6. What will the information provided on a CbC Report be used for?

The UAE is committed to using information provided in CbC Reports in accordance with the permitted uses above. The Protax will not use CbC Reporting data beyond such limitations.

7. What information should be kept by a CbC Reporting Entity i.e. the entity required to file the CbC Report in the UAE? For what duration?

The effective records should be kept by a CbC Reporting Entity for 5 years following the date on which the CbC Report is submitted to the Protax. The aforementioned records may be kept electronically, provided that the records are retained in a readable electronic format and in accordance with UAE laws and regulations relating to the retention of electronic records.

A report including quantitative and qualitative information about the MNE Group. Information such as revenues, profits, employees count, business description, etc. should be reported under three tables:

9. Which groups of companies will be required to comply with CbC Reporting Legislation in the UAE?

UAE-headquartered Groups of companies which meet the following criteria should comply with CbC Reporting legislation in the UAE:

ILLUSTRATION For the MNE Group’s CbCR threshold assessment for the reporting year ending by December 31st, 2019 (Y) a check should be done on the MNE Groups’ consolidated revenues for the financial year ended per December 31st 2018 (Y-1)

10. When do the CbC Reporting requirements come into effect in the UAE?

CbC Reporting requirements come into effect for financial years starting on or after January 1st 2019.

11. When must a CbC Report be filed with the UAE?

12. Which entity within the MNE Group should be primarily responsible for filing the CbC Report in the UAE?

The UAE tax resident entity, which is an Ultimate Parent Entity of the MNE Group subject to the CbC Reporting Legislation as clarified under question 9 above.

13. Who should be considered as a ‘UAE tax resident entity’ for CbCR purposes?

Based on the existing UAE laws and international tax treaties, an entity should be considered as a tax resident in the UAE if it is incorporated or created under the laws of UAE or has its place of effective management therein.

14. What sources of information should be used for preparation of the CbC report?

The entity preparing the CbC Report should provide a brief description of the sources of data used and explain reasons for any changes in sources of information from year to year in the Additional Information section (Table III) of the CbC Report.

15. Is there any specific guidance on how to complete the CbC Report?

16. How should the CbC Report be filed?

17. What currency should be used for CbC Reporting purposes?

If separate entity statutory financial statements are used as the basis for reporting, all amounts should be translated to the stated functional currency of the MNE Group. The average exchange rates for the year should be used for currency conversion. The applied rates should be stated in the Additional Information section (Table III) of the CbC Report.

18. In which language should the CbC Report be submitted in the UAE?

The CbC Report should be submitted in English.

19. How should information on permanent establishments (including branches) be reflected in the CbC Report?

20. What is a CbCR notification?

A form containing (i) confirmation that the notifying entity is the Ultimate Parent Entity of the MNE Group, resident in the UAE, and the UAE CbCR requirements are applicable to such MNE Group; and (ii) identification of such entity including trade license number, address, business activity and year end.

21. Who is required to submit a CbCR notification in the UAE?

The UAE tax resident Ultimate Parent Entity of the MNE Group to which CbCR legislation is applicable (refer FAQ 9 above for thresholds and applicability of UAE CbCR legislation).

22. What is the deadline for submission of the CbCR notification in the UAE?

23. How should a CbCR notification be filed in the UAE?

Looking for a consultant for VAT Registration ?

PROTAX authorizes you to view and download a single copy of the material on this website solely for your personal, non-commercial use. The contents of this website, such as text, graphics, software, images and other material (“Material”), are protected by copyright, database rights, and other intellectual property rights (“Intellectual Property Rights”) under both UAE and foreign laws. Unauthorized use of the Material may violate the Intellectual Property Rights of Protax Business Consultants or third parties. You must retain all copyright and other proprietary notices contained in the original Material on any copy you make of the material.